Visual Feedback Creator makes it possible to combine multiple addons and modules into fully interactive, responsive exercises. While similar in functionality to the Advanced Connector addon, Visual Feedback Connector provides a user friendly graphic interface, making it much easier to work with for those with no previous experience writing scripts.

Majority of scripts consist of at least 4 blocks, sequentially connected together.

An example script is shown below. 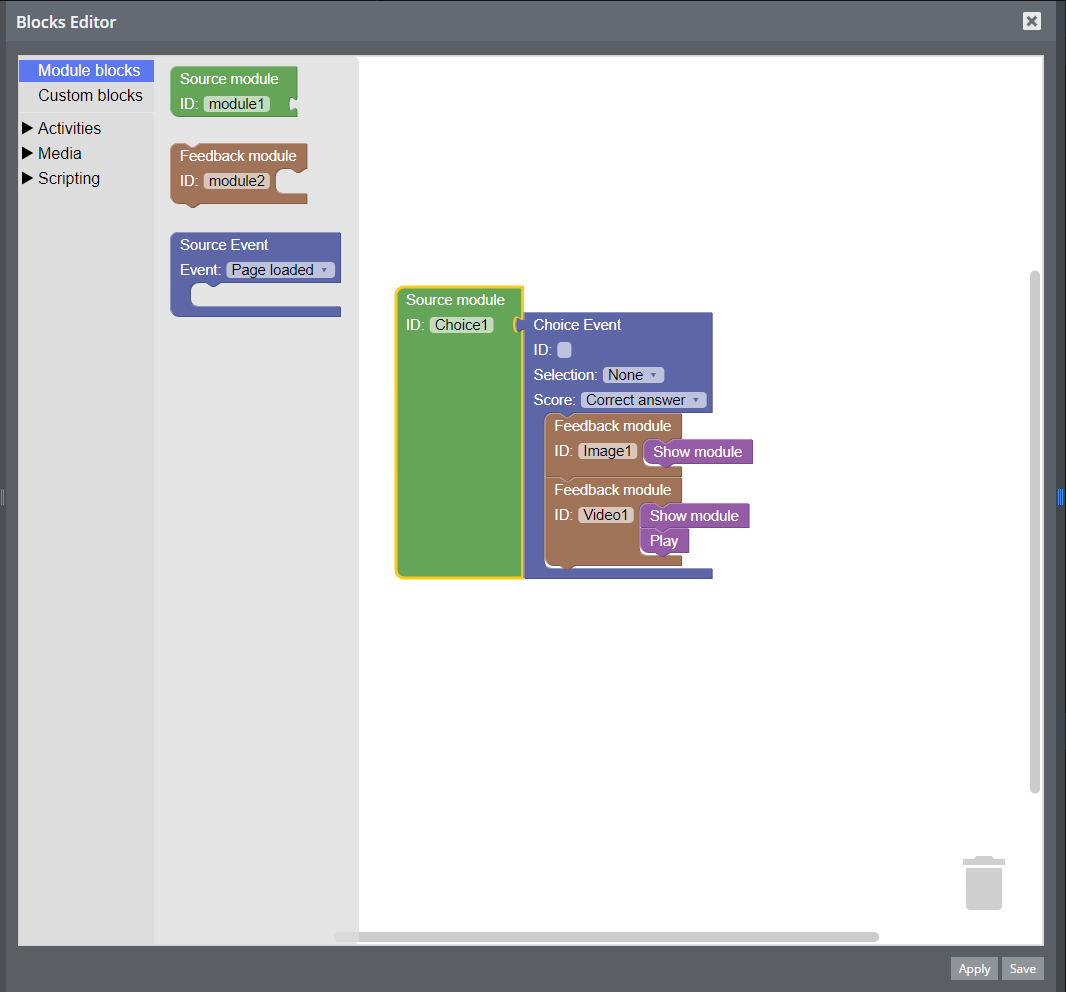 This script will be executed when a correct answer has been selected in the Choice addon with ID "Choice1". Once that happens, modules 'Image1' and 'Video1' will become visible. In addition, 'Video1' will begin playing it's content.

Presently, following addons are supported by the Visual Feedback Creator:

The blocks provided for the supported addons are based on their available commands and events. You will find more information about them in the documentation of each individual addon. Unsupported addons can still be used, thanks to the blocks in the Custom blocks category.

In cases where a specific addon is not yet supported by the Visual Feedback Creator, or greater control over the triggering event is desired, the user may use custom blocks to still access the functionality they need.